You are here: Home / Travel / Europe / Visit to Dachau

After our idyllic weekend in Bavaria, we drove home past Munich and visited Dachau.

It was a humbling experience for our family visiting Dachau to learn about WWII history.

We recently had studied about Dachau and other concentration camps in our history studies.

There is a tragic beauty to the area with its trees, memorials, and austere gravel path.

For the dead and the living, we must bear witness.

We were quiet and wide-eyed as we emerged from the visitor’s center and restrooms, and seemed to leave modern society.

There are stations with signs throughout for a self-guided tour.

We followed the path which mimics that of the prisoners entering the concentration camp.

I whispered explanations and read the station signs aloud to the children.

Station 1: In Front of the Jourhaus

The Dachau Concentration Camp opened with the arrival of the first prisoners on March 22, 1933. This is a remnant of the train platform and tracks.

The Jourhaus served as the main exit and entrance to the prisoners’ camp and as the main office of the camp SS.

The Jourhaus served as the main exit and entrance to the prisoners’ camp and as the main office of the camp SS personnel.

I shed tears as I walked through these gates.

Officially dedicated in 1968, the International Monument was designed by the Yugoslavian artist and concentration camp survivor, Nandor Glid.

Today the exhibition documenting the history of the Dachau concentration camp is located in the rooms of the former maintenance building.

We rushed through the museum last since I wanted to make sure we saw the memorials.

We skipped the video as recommended for ages 12+. They were locking the doors as we finished the last part of the exhibit.

During the ordeal of roll call, the prisoners were confronted with the inscription painted on the roof of the maintenance building which read: “There is one path to freedom. Its milestones are: obedience, honesty, cleanliness, sobriety, diligence, orderliness, self-sacrifice, truthfulness, love of the fatherland.”

This is the section of the Maintenance Building where prisoners were admitted.

Also in the Maintenance Building. The baths were the last station of the admission procedure.

There were three detention buildings (bunkers) in camp.

The open area was able to hold fifty thousand people.

May the example of those who were exterminated here between 1933 and 1945 because of their fight against National Socialism unite the living in their defense of peace and freedom and in reverence of human dignity.

A total of 34 barracks were located on the right and left of the camp road. It was pretty devastating to view the conditions of the 2 reconstructed barracks. Outlined beds of gravel show the location of the former barracks. They have numbers in front of each bed.

A line of evenly-spaced poplar trees was planted on each side of the camp road in 1937. The original trees were cut down in 1964 and the current trees were planted in the 1980s.

I was reminded of this poem by my favorite poet:

Wind shakes the big poplar,
quicksilvering
The whole tree in a single sweep.
What bright scale fell and left this needle quivering?
What loaded balances have come to grief?

By the rivers of Babylon we sat and wept
when we remembered Zion.
There on the poplars
we hung our harps,
for there our captors asked us for songs,
our tormentors demanded songs of joy;
they said, “Sing us one of the songs of Zion!”

How can we sing the songs of the Lord
while in a foreign land?
If I forget you, Jerusalem,
may my right hand forget its skill.
May my tongue cling to the roof of my mouth
if I do not remember you,
if I do not consider Jerusalem
my highest joy.

There are seven watchtowers. The grass was off-limits. Prisoners were shot if they touched the grass.

We did not go into this area. There are some monuments.

This part of the monument recalls the triangle badges that marked every prisoner as of 1937.

At the end of the monument are the words “Never Again” in Yiddish using Hebrew letters, and in French, English, German and Russian.

An urn with the ashes of the unknown concentration camp prisoner lies before it and recalls the fate of the thousands of people whose corpses were burnt in the crematorium. It was buried here in May 1967. The panel on the left narrow side of the monument notes further: “This monument was erected in honor of the tens of thousands of martyrs, who died here as victims of National Socialist tyranny and was dedicated on September 8, 1968 by the Comité International de Dachau.”

When we left, we started to walk down the Path of Remembrance, but it was too far and we were all exhausted.

We saw this poignant memorial as we left the parking lot. We didn’t notice it when we turned in.

My children were aged 5, 8, 9, and 14 when we visited Dachau. They understood and were respectful of all the monuments and exhibits. You know your kids best, if they can handle and understand such an experience. It was very moving.

View the guidelines for visitors here. (We saw a man wearing a pretty graphic inappropriate T-shirt. Don’t be that guy.) 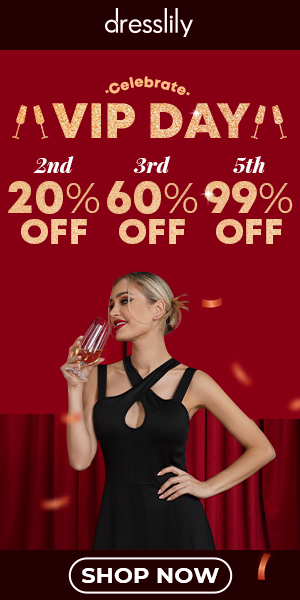