The Makahiki season is the ancient Hawaiian Thanksgiving festival, in honor of the Hawaiian god, Lono.

It begins when the Pleiades constellation is first observed rising above the horizon at sunset.

During the four lunar months (approximately from October/November through February/March) of the Makahiki, warfare and deep-sea fishing are kapu, or prohibited.

Makahiki is a time to gather together, pay tithes to chiefs who then redistributed the gifts of the land, a cease of farming labors, and a feast to enjoy competitive games. Hawaiians give ritualized thanks for the abundance of the earth and call upon the gods to provide rain and prosperity in the future.

The Makahiki festival is celebrated in three phases:

My daughter and I watched a Makahiki ceremony at Hickam Air Force Base.

The symbolic retinue arrived from outrigger canoes on the beach and were joined by base and wing commanders for the start of the ceremony.

It was carried around the island perimeter in a clockwise direction. Traditionally, the retinue stopped at the boundary of each ahupua’a where a stone altar, or ahu, included the carved wooden pig – the pua’a – and where gifts of the district had been collected. The original slow circuit of the islands took several days.

Makahiki rituals were the most festive of the Hawaiian religion and included dramatic pageants.

The pageant of Maoloha, or the net of Makali’i, featured a net of food symbolizing the Pleiades and a future period of prosperity.

Hula chants and dances were composed specifically for Makahiki.

Sports and games were part of the celebration.

Some of the games that were enjoyed: heihei kūkini (racing), mokomoko (boxing), hākōkō (a wrestling style similar to sumo), pūhenehene (a skilled-game of deception), and kōnane (a board game resembling chess).

We watched a javelin dance to symbolize their sporting events.

My daughter liked the hula and drums most.

Red and yellow are the colors of Hawaiian royalty.

Once the proper rituals and ceremonies were performed, the chief lifted the kapu on fishing, farming and war and a basket of food was ritually set adrift on the sea, lashed to the outrigger of a wooden canoe. Normal life resumed and the farming cycle began again.

This time served as a period of reflection, recognition, and pride.

The sails and masts of Captain James Cook’s ship resembled Lono’s Akua Loa. Captain Cook arrived at Kealakekua Bay, near a large heiau to Lono, during the Makahiki season in 1778.

I am so glad we got to witness a part of Hawaiian culture and history during our traditional Thanksgiving season.

A Prayer for Abundance

from Hawaiian Antiquities by David Malo

O Kāne, transform the earth,
Let the earth move as one piece,
The land is cracked and fissured,
The edible fern yet grows, oh Lono,
Let kupukupu cover the dry land,
Gather potatoes as stones on the side-hills
The rain comes like the side of a pali,
The rain falling from heaven.
The potato also falls from heaven.
The wild taro is the only taro now,
The taro of the mountain patches.
The only food is that of the wilds, oh Kāne!
Oh Kāne and Lono! Gods of the husbandmen,
Give life to the land!
Until the food goes to waste.
Until it sprouts in the ground;
Until the leaves cover the land;
And such be the plenty
Of you, O Kāne and Lono.
The burden is lifted. We are free. 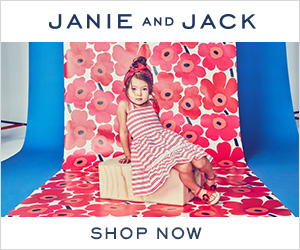