You are here: Home / Family / Grieving Family Who Are Still Alive

We don’t have any family nearby or any relationship with any family really anyway.

When my daughter and I told our therapists about my parents and the in-laws, they were just like, “Well, that’s a clusterf*ck.”

I really needed the affirmation that it’s not me. I needed an outsider to tell me that I tried really hard to develop a relationship and was met at every turn with negativity, disdain, ridicule. I needed a third party to tell my my parents aren’t the nicest people and that I’m not a bad child.

I’ve always felt out of place – at home, at school, with my own aunts and uncles and cousins, with people whom I thought were my friends over the years and at various places where we’ve lived.

John O’Donohue, To Bless the Space Between Us

It was nothing new to me to feel a little awkward around my new family. I just tried harder. and more.

I don’t have any good role models for healthy relationships. I am winging it and reparenting myself and doing my best to raise four healthy children without trauma.

We live in a generation that is highly skilled at allowing connections to fade away. Because of social media and cell phones, we think people are replaceable, and that’s silly. You cannot replace the energy of someone who is genuine especially if they’re putting the consistent effort out, to be in your life. Appreciate them, cherish them, those people are gold.

My husband’s parents passed away the first year we married.

I know it’s really hard for him even still, probably forever. I never had time to build a relationship at all.

While most newlyweds stress over which holidays to spend with which inlaws, I never got to have that delight. We’ve never had the ability to travel over the holidays to visit my parents in Georgia or Aaron’s two sisters in Illinois after his mom passed.

Neither my husband nor I really know our cousins or extended family.

I am the youngest grandchild and many of my aunts, uncles, and older cousins have been passing away frequently the last few years.

We moved to Texas our second year of marriage and I tried really hard to develop a relationship with his paternal uncle living there – which was my husband’s entire reason for wanting to move there. A relationship just never developed after two years. We had dinner a couple times and that was about the extent of it. We were just never accepted. It doesn’t help that he raves about the two sisters and their kids online and travels annually to Illinois to visit them and extending family. He just completely ignores us.

They don’t want me.

As an only child, I am equally devastated and indifferent.

I didn’t see them from our second year of marriage at his mom’s funeral until about four years later.

I flew from Utah to Chicago for his youngest sister’s outdoor July wedding with four children, alone, while my husband was deployed. At the time I felt honored my middle girls were requested to be flower girls. My son was barely a year old and spent too much time with babysitters who were strangers to us. My eldest daughter (from a previous relationship) was asked to be an usher until I pitched a minor fit for her to be a junior bridesmaid like the other sister’s daughter. The uncle was even rude to me at the wedding and reception, seriously?

I was picked up from the airport by the middle sister and put my son in a filthy borrowed carseat. She took us to her house and fed my kids eggs and ramen. I was stressed and exhausted and I felt like a burden the entire week as I tried to compensate by cooking every meal for 9 people, cleaning, doing laundry, buying presents. I even disposed of a rodent family in her basement and cleaned up cat pee when the cat freaked out with all the air mattresses my kids were using in her territory.

That might have been the beginning of the end for me.

They drove down to visit us our last summer in Utah before we even knew we were moving to Europe. It was stressful. I felt like an entertainer, cook, tour director. We were constantly on the move since it was their vacation. Nothing I did seemed good enough and I was exhausted.

They haven’t visited us since we moved to Ohio. They couldn’t fit us in their schedule between sports tournaments that they traveled to/from on the road right near us.

I had to stop following my husband’s sisters, brothers-in-law, cousins, and uncle because their entire social media is softball, baseball, sports, kitschy crafts, home remodeling, and how great their friends and family are – except me and my children.

They’ve told my husband to tell me to quit writing and posting online about homeschooling since they feel it’s a kick in the teeth to them, as public school teachers. As if I didn’t teach in various school environments for ten years before committing to homeschooling. I’ve examined my posts and my heart and I’ve tried to be kind, welcoming, open, forgiving over and over again. I realize many families have vast differences and I want to accept and learn from those differences. I have a voice and I will use it.

For a long time, I just told myself it’s because we didn’t get a lot of time to get to know one another before I married Aaron and we move frequently with the military. I want to understand they’re closer to each other than they can ever be to me and my kids. But it’s becoming obvious that I’m not wanted nor welcomed.

I stressed for ten or so years to send the perfect thoughtful presents of equal value to my husband’s middle sister’s three kids at Christmas and birthdays while receiving handmedowns that I wouldn’t even donate to thrift stores and dollar spot junk in return. When I asked to exchange gift cards instead since we moved overseas, it was met with exasperation and online gift lists. I asked to just stop exchanging gifts or gift cards and I know that didn’t go over well.

We offered to meet any or all of them for dinner when we visited Chicago, which is about an hour away from where they live. We drove 7ish hours for an event that got canceled last minute. They couldn’t fit us into their schedule.

His youngest sister and husband fostered and recently adopted a little girl and I didn’t even know. I found out on social media.

My parents adore my husband. They adore my son.

They don’t care for me or my daughters and they aren’t even trying to hide it. We even often get lesser gifts at holidays.

My parents claim they’re on “a fixed income” which is a great reality for many elderly people, but they own a 3500 sq. ft. house, 3 vehicles, no bills, and a mortgage of $850/month as they sit back and receive several retirement checks and social security that total more than my husband makes.

I try not to be bitter and I seldom ask for anything.

When my parents casually ask any of us what we want for a birthday or Christmas, we never know what the right answer is because we’ve been told so many times to choose something else, that they won’t be able to get that.

I received hate mail after my parents visited me during my husband’s deployment – in May, but not the week of my youngest daughter’s birthday or over Mother’s Day. They refused to stay at my house and instead opted for a nearby hotel. They sauntered over midday, about lunchtime and then naptime for my son. It disrupted our whole schedule and they kept telling my girls to go away and play outside or in the basement. I was super stressed and confused. My mom made my middle daughter cry about something irrelevant. They didn’t want to go anywhere or do anything except sit on my sofa and they were upset my TV was in the basement. Then, they got mad and left early and I later received an actual letter in the mail, outlining everything that’s wrong about me, my children, and my lack of good mothering skills. Also, that I should hit my children to make them never cry and behave perfectly.

I just always envisioned my kids having loving generous grandparents and it hurts me so bad that they don’t.

I never know what to say to my mother. She is disinterested in what the kids or I are ever doing. She doesn’t pay attention when I do tell her anything.

At least once a month, I realize I’ve really messed up again because my father quits communicating with me until I apologize and make amends for asking him to please stop sending me racist emails or he told me what an awful mother I am again and how worthless my almost twenty-year-old daughter is.

After 44 years of hearing how stupid and worthless I am, I wonder if I should just believe it.

I know I am an awful daughter.

They know what they’ve done.

I grieve the loss of relationships that never happened. I grieve my husband’s parents whom I never knew and only met a couple times. I grieve the uncle who doesn’t want us. I grieve the sisters I longed for my entire life who don’t want me. I grieve the cousins my children don’t know.

Just like mourning a physical death, my grief is real too. My grief comes in waves, at various times – suddenly and unexpected. I have never chosen to sever ties with anyone. I try and I try and I try again and again and again. I suffer the loss of something I never even had. There will probably never be closure. It’s never easy.

You own everything that happened to you. Tell your stories. If people wanted you to write warmly about them, they should have behaved better.

Anne Lamott, Bird by Bird: Some Instructions on Writing and Life 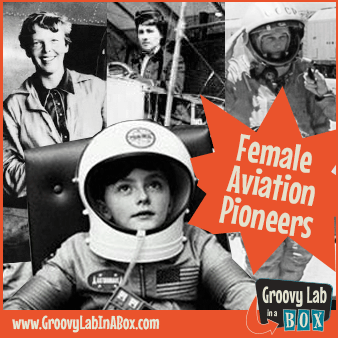