You are here: Home / Health / The Danger of Mixing Meds with Alcohol

There’s a reason why prescription and some over the counter medication packages are marked with a “Do not mix with alcohol” — it’s dangerous. Mixing medicine and alcohol can have all kinds of negative side effects. Unfortunately, many people overlook this.Maybe they’re having too much fun at a party and decide to pop a few pills while they’re already drunk. Perhaps they take prescription medication and forget that they can’t drink booze. Or, maybe they struggle with alcoholism and are just seeking a stronger high.Dr. Duy Nguyen, D.O., is a Board-Certified Psychiatrist in General Psychiatry practicing at Beachway Therapy Center, a drug and alcohol rehab in Boynton Beach, Florida.  He says, “Whatever the case, it’s important for everyone to know how dangerous it is. After all, when you combine alcohol with some drugs, the results can be deadly. More than 100 drugs interact with wine, beer, champagne, and hard liquor, triggering problems ranging from nausea and headaches to life-threatening issues, such as internal bleeding and difficulty breathing.”

More problematic for women than men

Dr. Nguyen says, “This is more of a problem for women than for men. After consuming the same amount of alcohol, females are more likely to achieve higher blood alcohol concentrations than males because females have less gastric alcohol dehydrogenase activity (breaking down alcohol through digestion) and proportionally less body water.”

What does alcohol do to my medication?

Dr. Nguyen explains, “Alcohol may interfere with the absorption, metabolism, or excretion of medications which can either increase or oppose the effects of your medication. With some drugs, alcohol competes with the enzymes metabolizing your medications, increasing the amount of drug in the body—along with any side effects. Mixing alcohol and other medications may have short-term side effects like drowsiness, nausea, and vomiting.”

Common drugs you should not mix with alcohol:

You should avoid drinking if taking allergy medications and any multi-symptom cold and flu formulation. Drowsiness and dizziness are common, interfering with your ability to drive or operate heavy machinery. Because the combined use can impair judgment, there is also an increased risk of overdose.

Angina, also known as ischemic chest pain, is a type of pain caused by reduced blood flow to the heart. Taking alcohol with the angina medication nitroglycerin can lead to a rapid heartbeat (tachycardia), sudden changes in blood pressure, dizziness, and fainting. Avoid drinking when taking any brand of nitroglycerin.

As a rule, the combined use of alcohol and antidepressants can cause drowsiness, dizziness, increased feelings of depression, or suicidal thoughts (especially in young people).

The combined use of alcohol and anti-seizure medications can cause drowsiness, dizziness, and even the very seizures they are meant to prevent.

The combined use of alcohol and muscle relaxants can cause drowsiness, dizziness, slowed or impaired breathing, impaired motor control, abnormal behavior, memory loss, and seizures.

The combined use of alcohol and sleep medications should be avoided. It can cause slowed or impaired breathing, impaired motor control, abnormal behavior, memory loss, and fainting.

The combination of painkillers and alcohol is also of great concern, and should always be avoided, considering the U.S. opioid epidemic. The use of alcohol and pain medications like narcotics together can disrupt breathing and may be fatal. Without enough oxygen, the brain will begin to shut down organ systems, and the person can eventually suffer brain damage or death due to lack of oxygen.

Dr. Nguyen says that, “If you have combined prescription or OTC drugs with alcohol and begin to feel side effects that could be dangerous, contact your doctor immediately or go to the nearest emergency room. Always read medicine labels carefully.  If you are deliberately mixing drugs and alcohol to “get high” you may have a substance abuse problem and should seek the advice of a psychiatrist or consider an in- patient treatment center.
Share
Tweet
Pin
Share
0 Shares
You might also like: 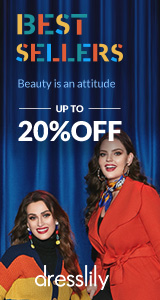